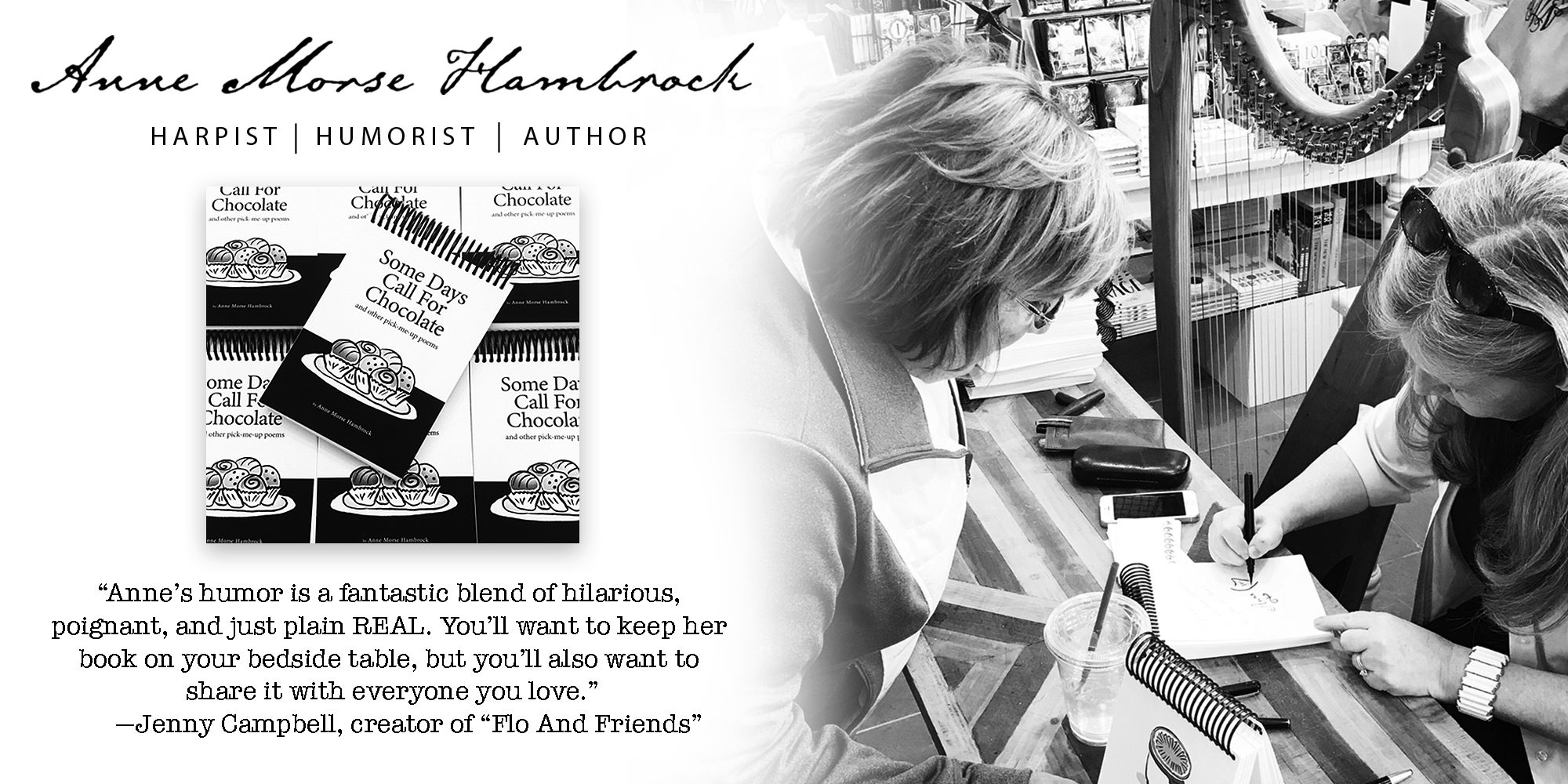 Throughout her childhood Anne Morse-Hambrock’s parents steeped her in a soup of classic comedy influences, producing a daughter who would have almost no choice but to view life through a lens of laughter.

Anne first began writing comedy as partner to her husband as they worked on a variety of comic strips in pursuit of syndication. In 2006 John Hambrock’s “Brilliant Mind Of Edison Lee” was picked up by King Features. Running in newspapers worldwide, Edison Lee is a daily and Sunday comic strip to which Anne is a regularly contributing gag writer.

As time went by, Anne discovered she had a wealth of material that needed a voice of its own and she began the blog “Overbooked and Underpaid: Notes From A Yes-holic” – tales of doing too much, saying yes too often, and living with the consequences.

Anne was also hired by her local newspaper to write a series of humor columns from 2011-2015.

There were still comedic itches to be scratched so in 2015 she began writing humorous and inspirational poems.

Published on the blog: “Anne & God: Conversations With The Infinite”, these small exchanges between Anne and an unnamed supreme being eventually were gathered into  book collection: “Some Days Call For Chocolate and other pick-me-up poems.” Copies are available for purchase here on the website.

To read Anne’s online work or buy books please explore the links below.

To learn more about her speaking please visit the “Speaker” page.

To hire her to speak to your group please click the “Booking Form”. 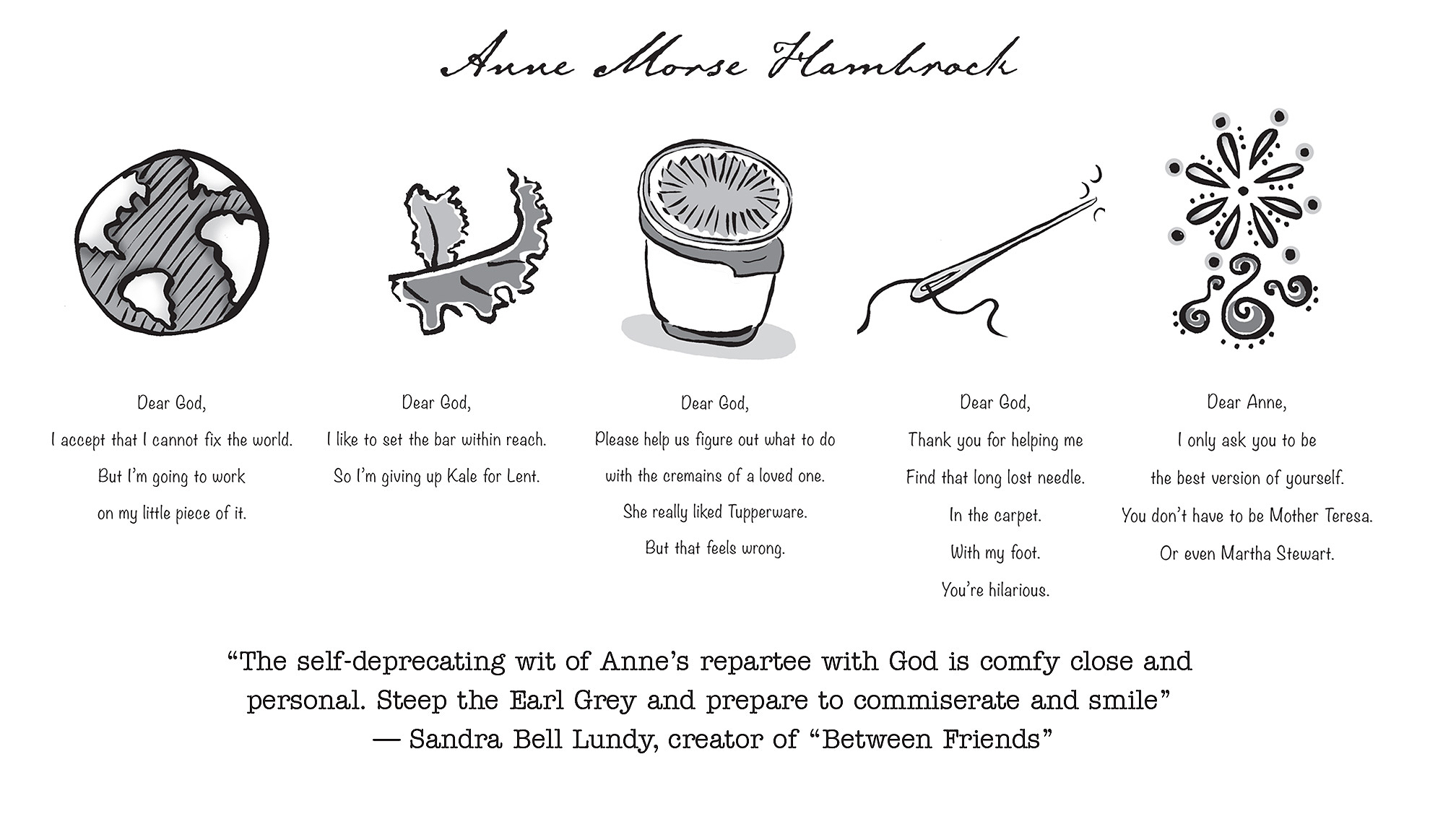