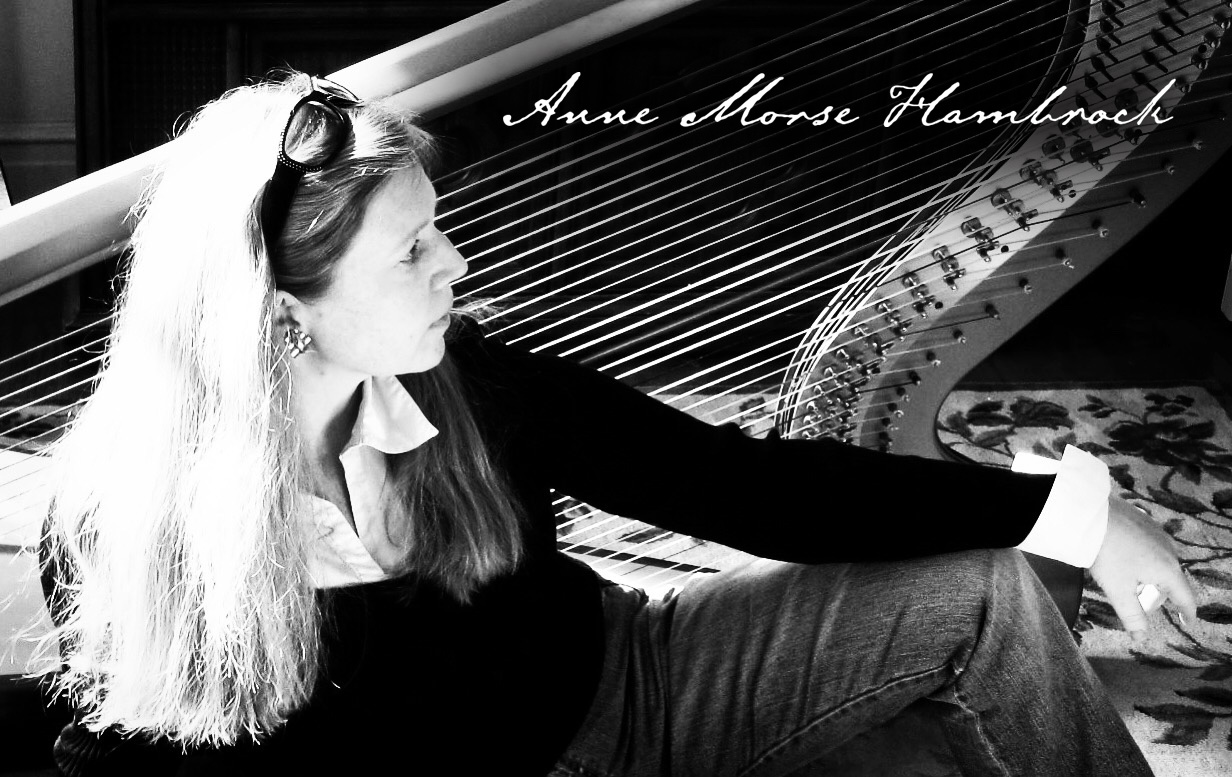 Anne Morse-Hambrock is a dynamic performer known for her mastery not only of classical repertoire but original Jazz and Celtic music for harp.

She has given concerts throughout the United States and maintains a busy performing and teaching schedule.

Though her formal training was as a classical harpist, Anne began exploring the art of composition early in her career, and found adding Jazz and Celtic inspired original music to her concerts to be an exhilarating experience that deepened her connection to the audience.

She has produced two CD’s: Round and Round is a collection of her original Jazz and World Music compositions featuring harp and other instruments (heard on WLIP and WGTD Kenosha and WNIB  Chicago), and Irish Inspirations which features original music with a Celtic flavor. Both albums are available for download here in the website store.

Anne has performed her own compositions as a featured artist on the Jean’s Jazz concert series, as an opening act for the Cedarburg Jazz Jubilee, on Milwaukee’s Fox “Wake Up News”, at the International World Harp Congress in Maastricht, Holland and at the International Pop and Jazz Festival in Tuscon, Arizona. She is the only harpist ever accepted as an Artist in Residence by the Wisconsin Arts Board.

Ms. Morse-Hambrock’s classical playing style is a reflection of the input of several acclaimed harpists including Ruth Inglefield, Nancy Morse, Lilian Phillips and Arlene Wangler of the U.S.A., Pierre Jamet and Catherine Michel of France, Mdme Aldrovandi of Italy, Marissa Robles of the United Kingdom and Vera Dulova and Natalia Shameyeva of the former Soviet Union.

Notable appearances as a classical soloist include:

As an ensemble player Anne has served as principal harp either full time or as a substitute with several orchestras including: The Kenosha Symphony, Green Bay Symphony, Oshkosh Symphony,  South Bend Symphony, Skylight Opera Company, Racine Symphony, and The Chicago Chamber Orchestra..

A dedicated teacher, Anne is proud to be the harp instructor at both Carthage College and the University of Wisconsin at Parkside.

Anne is also an author, humorist and motivational speaker. To read more about how she incorporates these elements into her appearances please click here.